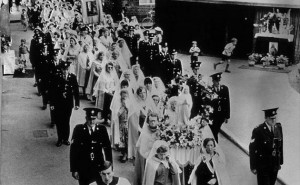 Recently the hashtag “#800deadbabies” appeared on twitter. It relates to a story that broke in the mainstream media a few weeks ago – a story of a mass grave found in a quiet town in the west of Ireland.

According to reports, the mass grave belongs to dead children that had been placed there by Catholic nuns between the years 1920 – 1960. The children belonged to a nearby “mother and baby home” – an internment camp for women, run for profit by the Catholic church. Slavery, human trafficking, and institutionalised murder of women and their “illegitimate” children took place here. It existed thanks to the collusion of the state, the church, and the police, as well as the women’s families and communities. Nuns sold children for “adoption”, put to work in industrial schools or allowed them to die of neglect. Any woman who tried to leave would be caught and returned by the local police, although there was no law against them leaving. The state paid the nuns for each woman and child they interned in their work-camps. The women’s families were pressured by these powers into collaborating.

Places like this became common in Ireland after the state was freed from the yoke of British imperialism in the 1920s and placed under the yoke of the Catholic church. Whereas the British institutionalised Catholics as “asozial”, the Catholic church in turn had its own ideas of an “asozial” underclass. It had a strangle-hold on Ireland until the 1990s when, thanks to a sudden surge in the economy, a quiet social revolution took place. In 1991 it finally became legal to buy condoms across the counter and in 1993 homosexuality became decriminalised. 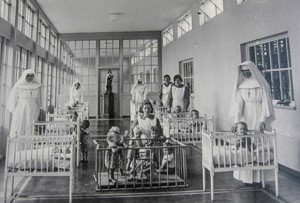 However, the clerical fascist agenda still has a deep hold on Irish society. This is evidenced in the reaction in Ireland to the mass grave story. After the story broke worldwide, the Irish media were very slow to pick up the story. When they eventually started reporting, they used rhetoric like “sadness” and “the dark past” and mentioned “memorials”. The Catholic church echoed this rhetoric, as did the government. The police still deny there is anything to investigate, but as of writing have started “fact finding”, but no criminal investigation.

This is just one example of how the people of Ireland are still manipulated by this reactionary agenda. There are many others: abortion is still illegal, catholic ceremonies are still the norm, and the church still rules the lives of the underclasses, with homes for children, people with learning disabilities, and old people all run by the church. The nuns who created the mass grave run the largest private hospital company in the Republic of Ireland. The Irish state TV station, R.T.E. is headed by an ex-priest.

As in other European nations, the days of economic prosperity are over. But unlike many other European nations, Irish voters took a swing to the left in the recent elections. This may give a false sense that Ireland is reaching for freedom from oppression, rather than running into the arms of clerical fascists. However, the people of Ireland need to recognise that the reactionary forces who have historically ruled Ireland are still holding onto power, and waiting on the side lines for desperation and poverty inflicted by austerity measures to push fearful and post-colonial people back into its waiting vice-grip. Now is the time for the Irish people to recognise its colonial mentality and the true nature of the Church-State collusion and take any chance to de-legitimise its power.